There is a free plan

Cloud storage from Yandex with free storage space for files and photos.

Yandex.Disk is a cloud service for storing user data and photos. On Disk, companies and ordinary users can store important files, share them with friends and acquaintances, and not be afraid of losing them. The cloud is available for use in a browser, on mobile devices and on personal computers.

Yandex.Disk allows you to store files in most common formats: media files, documents, archives, programs, etc. Documents and disk files can be shared by the user via a link. For comfortable work with files storage provides the ability to create folders and albums. In addition to the ability to upload files to Disk, you can create documents, tables and presentations using the integrated text editor "R7-Office".

The desktop client and mobile versions of Yandex.Disk have additional functionality. The mobile version allows editing photos and images, adding filters to them, cropping or adding additional elements. And in the desktop client users can create a folder on their computer and synchronize it with the cloud, the files added to it will be automatically transferred to Disk.

App included in the package

Protocol access HTTPS Data between you and the service is transmitted over an encrypted channel (SSL / TLS), which excludes their interception by intruders. 77

Multi-factor authentication The combined use of several factors reduces the risk of data leakage (in addition to a password, cards, fingerprint scanners, and others are used). 40

Backing up in multiple locations Backing up your data to multiple independent locations makes it virtually impossible for it to be lost or damaged. 56

Included in the Unified Register of Russian Programs The service is in the register, which the Ministry of Telecom and Mass Communications of Russia created in accordance with article 12.1 of the Federal Law "On information, information technologies and information protection", in order to expand the use of Russian programs, to confirm their origin and support copyright holders. 43

I upload all files from my phone to disk, but since it is more convenient for me to prepare materials for publication from a computer, I go in and take what I need from there. I used to transfer files from my phone to my computer using a cable, but this is not always convenient. Especially when, for example, you are not at home, the Internet is available and you urgently need to free up a little memory in your phone for new photos and videos. I turned off the autoloading of files, because for the reviews I take 100,500 photos, some of which, of course, turn out to be muddy, crooked.

I had to download in order to download files from the Yandex disk. When you download, they offer a heap of their unnecessary applications. And a lot of viruses in the application.

Mountains of advertising, file search does not work normally, files that Yandex for some reason decided that with viruses are deleted (KIS says that the file is clean and it is really clean)

The last straw was that when I search for the file I need, I can’t find it. Opening 4 subfolders, I find it. I compare the search symbols and the file name = 100% match in a notepad ... And why do I ask for such a disk that will fail at the right moment and will not allow me to quickly find the file I need?

Everything was fine at first

On a computer, 500 GB is synchronized with Yandex.Disk. With such a volume, it never reaches the end of synchronization. Maybe at the end of the working day and will come.

We began to observe such glitches as the appearance of duplicate files. For example, I paint in Photoshop and save a file named Drawing1. A day later, either I immediately come to the computer, open Figure 1 and notice that it seems that half of what I did last was not saved there. I open the folder, and it turns out there is a file called Picture1 (2). I open it, there is a save.

The same goes for programming. If you make a project directly in a Yandex disk, then often files are duplicated, their contents are lost, the application crashes.

Support said not to place any files in which I work. Well, PPC, why do I need Yandex.Disk, if I can’t save working files there.

In general, I want to find another service, but everywhere the price bites, and the crisis is in the yard.

In addition, the screenshoter constantly hangs. I take a screenshot, and it periodically freezes for 3 minutes. Although my computer is a modern average.

I am looking for another service. Let us down.

I really like this "cloud storage" - since all the files in it are stored as much as my heart desires, besides, you can share the file or, as the people say, "bury". 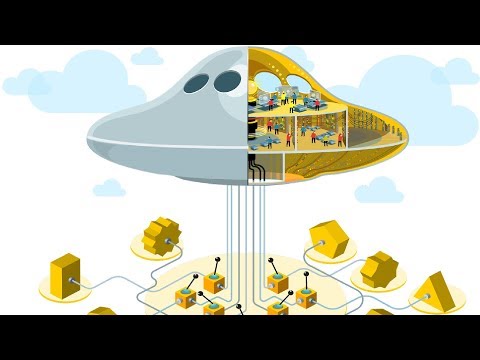 There is a free plan

Thanks for the report!